Atopic skin as a concept is familiar to many, but what is it?

Atopic skin is dry. It requires constant care so that it does not develop areas of dry rash. The cause of atopic rash in an inherited tendency to react exceptionally sensitively to many kinds of irritants. The structure of the skin is also unusual. The topmost layer of the skin allows the moisture to escape and the irritating agents cause a stronger than normal reaction. The fatty structure of the skin is also unusual. With small children the areas of the rash are on the cheeks and throughout the whole body, but as the child grows the rashes appear more in the areas at the back of the joints.

Caring for my three atopic children I have acquired quite a repertoire of practical experience. Allergy doctors gave good advice that we followed. The cream shelves in the apothecary with all its products have been tired and tested and many cortisone medications applied onto the problem areas. So it did not take me long to notice that my fourth child had the same problem as her older brother and sisters. The rashers appeared first on the cheeks and in time spread all over her body. Her hands and particularly the palms of her hands were the worst. Not yet two, she wanted to try and touch everything. Sand in the play ground, the earth in the flower bed and the flowers themselves called to play following her big sister’s example. We cared for the skin with the pharmaceutical products three times a day. In the summer the hands were covered with little baby socks with a hole in the heel to allow the thumb out and the toe area had holes for the fingers. In the night her hands where covered and her nails cut short to stop scratching. The itch caused real distress. Showering was kept to a minimum so as not to dry the skin too much. Still I could not get the skin to heal! Food that she was given was very simple basic food eliminating all the most common allergens. The clothes were washed with the most gentle washing substances, her clothes were chosen to be skin friendly; light natural colours and cotton. I felt that that I had run out of tricks, even with all my experience. In the night the child could wake up crying and want to have a shower because of the itch and in the morning, even with the hand protectors, the skin was scratched.

In February 2013 I had started studying UMG-Wellness-therapy training at Aromatica. During the training I found Atopica Oil on the product shelf. Could this help atopic skin? I took the product to try. For a small child of 2-years I diluted the oil as instructed 25% Atopica Oil to 75 % sesame seed oil. Fist I applied the oil on to the areas of the rash twice a day. The child did not cry when I applied it. When applying the creams she would usually cry that it stings and wanted the cream off the skin. Quite the contrary with the Atopica Oil. She always chose the oil her self and took off her clothes and told me where to start the application. The areas of the rash did not become red as they used to do from the creams and the skin began to become paler and the broken areas began to heal and close very quickly. It was such an unbelievable feeling of relief. I had finally found help that even the child enjoyed. I started taking photos. I used the Atopica oil thee times daily on the worst problem areas and finally on the whole body as there were som many areas of rash and she enjoyed the oiling as it eased the itching. Now in November there is no rash left! Naturally caring for the skin is still important, because her skin structure is unusual. Summer time and the cold in the winter bring their own challenges. For my daughters skin care Atopica Oil and also sesame seed oil and at times also jojoba because they are beneficial in areas that come under a lot of wear such as the palms of the hands. I hope that you too will find the same kind of help that I did from Atopica Oil! 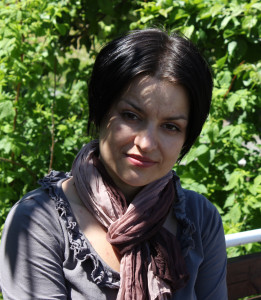